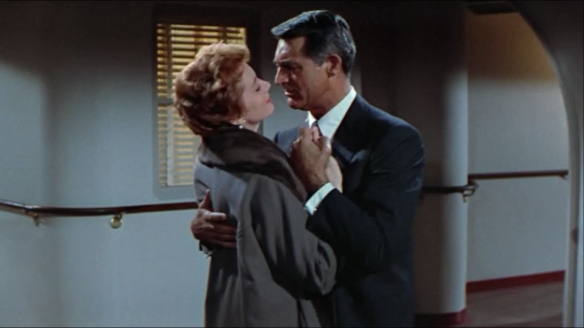 An Affair to Remember (1956) has always been noted as a great American romance as far as I can ever remember, and I figured out that part of that was because it gets a mention in Sleepless in Seattle (1993). Whatever the reason, I finally got around to watching it and it is certainly an enjoyable weepy. Any film with Cary Grant as a romantic lead is usually, at the very least, charming and this one is too. He is a famed man on an ocean liner who has finally gone and gotten himself hitched. It’s big news and as soon as the ship touches down he is going to meet his love.

Quite by chance, he meets Deborah Kerr’s character and they are immediately taken with each other. Soon their friendship grows into an affectionate romance, and yet they feel uncomfortable in front of the other passengers who seem to be watching their every move with interest. They both know that once the boat reaches New York things will not be the same between them for some time. 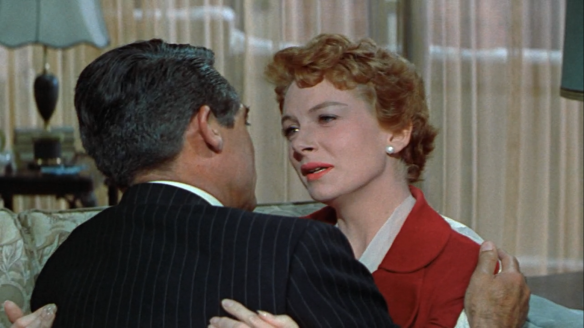 And so it is, but they had made one last plan to meet each other at the top of the Empire State Building. Grant makes it, but Kerr is detained for a very good reason. After seeing her in an awkward situation at the theater, Grant resolves to go see her and get to the bottom of what happened. It’s a tearful, albeit happy, reunion as they come back together.

If any of this feels familiar, like a rerun, that’s because it is. Leo McCarey actually made An Affair to Remember (1956) as a scene for scene remake of his earlier film Love Affair (1939). I never thought I’d say that I like a film with Charles Boyer more than a comparable one with Cary Grant, but it’s the truth. I’m not sure if it’s because I saw it first or that the film feels more intimate, but I really enjoyed Love Affair. An Affair to Remember is certainly elegant in color and Deborah Kerr gives a fine performance, but I was personally blown away by Irene Dunne as an actress. In fact, back in the day, Dunne worked quite a bit with Cary Grant (The Awful Truth, My Favorite Wife, and Penny Serenade).

So my advice is, go back and give Love Affair a watch. It’s still by McCarey with much of the same story so it’s really a personal preference what film you like more.