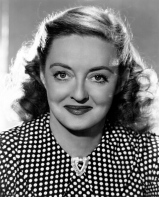 In honor of what would have been the birthday of Bette Davis yesterday, today I thought I would release posts on two of her films I have seen. Besides being known for the classic All About Eve, Davis  made many popular films spanning from the 30s into the 60s with The Petrified Forest, Jezebel, Dark Victory, The Letter, The Little Foxes, Now, Voyager, and What Ever Happened to Baby Jane? Davis was one of the biggest box office draws during the 40s but she could also be combative when she dealed with others. Later in her career Davis continued guest starring on many television programs. She may not have been the favorite actress of every audience (including me) but there is no denying she was very successful and her persona is larger than life.