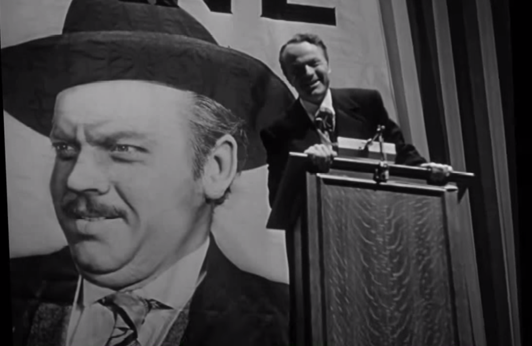 “That’s all he ever wanted out of life… was love. That’s the tragedy of Charles Foster Kane. You see, he just didn’t have any to give.” – Jedediah Leyland

It might seem rather trite to attempt to write anything on Citizen Kane, but as someone who can admittedly be trite sometimes, there seems to be a need to give it a go. Here it goes. Citizen Kane is forever an enigma, in the sense that it was fully under the control of the independent-minded and ultimate auteur Orson Welles during the studio age. It didn’t come out of some movie making assembly line, but instead, it’s a debut that exhibits so many elements that have befuddled and fascinated audiences for generations. There’s certainly the technical and production aspect which became the watermark and inspiration for countless millions. Then you have the human aspect which also deserves some attention.

Swirling around a film with this much mythology there is always bound to be hearsay and rumors, but supposedly in later years, Welles considered Citizen Kane a comedy, in the sense that everything is over the top camp, much in the same way that Welles the man was a larger than life caricature. He played the part of an alienating artistic mastermind to a tee, and it fit the way he made this film. Grandiose in scope,  infused with inspired vision, and really an all-out war for acknowledgment.

Because of the many stories about Kane which have now become the stuff of legend, the parallels between Charles Foster Kane and news magnate William Randolph Hearst stand out. Whatever his opinions of the actual film ended up being, Hearst did his best to besmirch the film and keep it out of theaters. And so it goes Welles’ debut did not get much of an opening, ironically because of a man rather like his main character. It would be interesting to know what Welles would have thought of such a situation. Would he have been greatly incensed or taken it rather like a compliment that he had created something so volatile? Because it’s true, Citizen Kane is still smoldering today, and it retains a constant place in cinematic discussions even 70 years after its release.

There’s so much to talk about and so much that most everyone has probably already talked about. It has such an intriguing narrative structure, and it models time in such fascinating ways. Because a lot of this film is about the passage of time as it pertains to one man’s life and the memories of his life. He is dead after uttering that immortal word “Rosebud,” but his memories live on through the recollections of those around him.

We get access to the story through a newsreel, but like such a reporting device we leave it knowing very little about the man except for his material possessions and maybe a little about his career. What we really want to know is the man, and the nameless reporter becomes our stand-in.

He pieces together Kane’s childhood by sitting in a musty vault and reading over the thoughts of the boy’s caretaker and financial adviser Mr. Thatcher. With one particularly memorable match cut, we jump a number of decades in a matter of seconds as the banker speaks to a young Kane only to turn around speaking to a young man. But he’s not much help except that Kane put Thatcher under fire with his brand of yellow journalism. 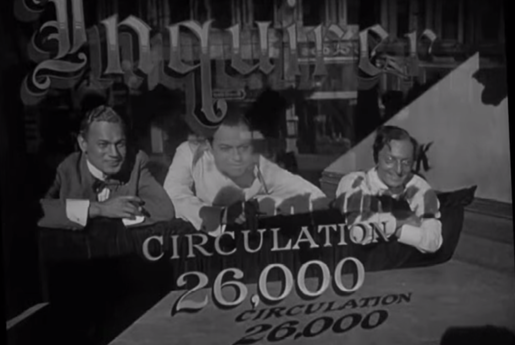 Mr. Bernstein is a kindly fellow and an old man by now who used to work with Kane at The Inquirer when it all began. He knew the man who had a song named after him, who bought out the staff of the rival paper The Chronicle, started his own war, and married the niece of the president.

From the now elderly and slightly infirm Jedediah Leyland (Joseph Cotten), we learn of the rise and slow decline of the man along with his friendship with Leyland. There is a sequence here with Kane’s first wife that wonderfully shows the degradation of a marriage over the years as he is more devoted to the paper than his spouse. It’s tragically sad, and there’s more heartbreak in that one scene than most films can muster in their entire runtime. Because Kane could love, and he wanted love, but he also seems to love himself more than any other person. He’s married to his work and the personal independence that comes with it. Ultimately, Kane’s political career suffers from scandal and his own bullheadedness. Leyland switches branches to get away and becomes a drama critic prepared to lambaste the operatic debut of Kane’s second wife. It really is bad though Kane will never hear of it. He’s always in need of proving himself to those around him.

Our investigative journalist returns to the nightclub of Susan Kane to get the rest of the story from her, and it only becomes more depressing. After being forced into an opera career she has no ambition for, Kane finally relents and Susan spends her days in Xanadu, the fortress he built for her sake. But she wants more than the stuff that he can give her. She wants to get out, have fun, and have companionship. Kane doesn’t know how to do that, and soon after she left him.

What was left behind was a deeply troubled, isolated old man with nothing but material possessions to weigh him down in a river of loneliness. His life was a jigsaw puzzle and yet when we get the piece pertaining to his final word, it fails to help us make any headway. Because the reality is that no one word can explain a man’s life. It is interesting how Kane desperately wanted love so you would think that his last words would refer to a person. It just shows how messed up his relationships were. He thought he could get joy from possessions so it’s only fitting that his final words were another thing. It’s sad really, so if Orson Welles wants to call Citizen Kane comedy, there seems to be a need to qualify that and christen it a “tragi-comedy.”

Herman Mankiewicz’s script with Welles is the quintessential tale of the rise and fall of one man and with the ever-changing times, that archetypal narrative has remained prescient because America is still built on those sorts of individuals. It can be the nation of visionaries as well as tragedy. Wealth and loneliness.

As for the great Bernard Hermann, his score personifies the changes in Kane over the years and this was the first time I noticed the wonderful reprises of his theme song. It can be heard throughout although it seems to lose all the gaiety and luster it had years before. 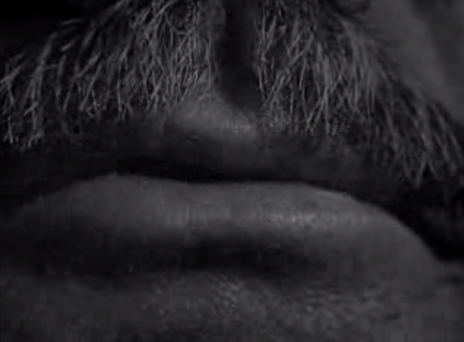 Gregg Toland’s cinematography is strikingly beautiful utilizing the distinctly clear, deep focus to frame shots wonderfully. Background and foreground remain equally important becoming a wonderful way to convey distance. Also, the camera always seems to be making the viewer crane our necks, getting a slight view of the ceiling or it has us looking down at the figure below us. We very rarely see them head-on as they appear. Furthermore, Kane is steeped in trick shots, mirror images, and all sorts of things that I cannot even begin to do justice to. It could be a nurse walking into a room or Kane solemnly plodding through the vast corridors of his domain. It’s a veritable paradise for the eyes because we are always being met with visual marvels. Citizen Kane has grown on me every time I see it since it’s not simply narrative, or backstory, or history, but also at the most basic level, it’s one of the most prominent expressions of this highly visual medium called film.