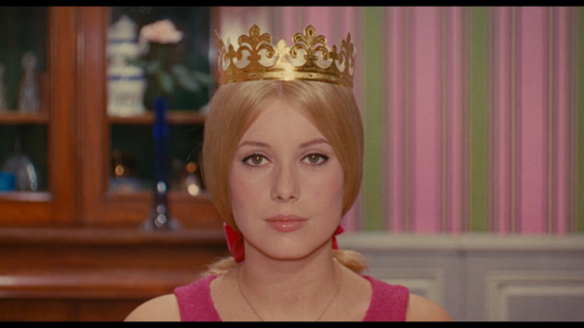 I still maintain Audrey Hepburn and Grace Kelly are my two favorite actresses respectively. That started early on thanks to films like Roman Holiday and Rear Window and quickly blossomed even more following subsequent film viewings. But it’s important to note that both of these actresses came out of Hollywood’s Golden Age. Both actresses were English language stars. And both are, sadly, no longer with us.

In all honesty, I cannot quite remember the first time I ever saw Catherine Deneuve, whether it was Belle De Jour, The Young Girls of Rochefort, Repulsion or somewhere else. However, seeing this 19 year old girl, so serenely and quietly beautiful in Umbrellas of Cherbourg, certainly left an impression on me during my own teen years. 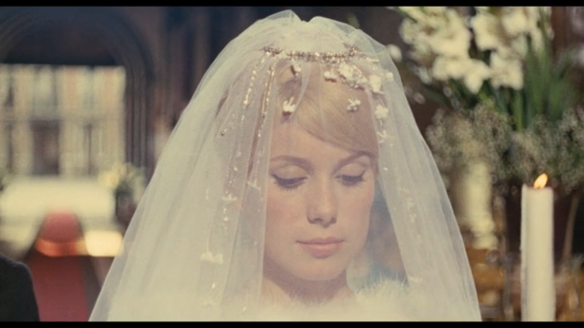 While Jacques Demy’s whimsical operatic love story of fate charmed me, it was Deneuve who was an emblem of this film. The fact that Geneviève was herself wrapped in a glorious love affair that slowly became tragic, only made her more beautiful in her solemnity. Her piercing eyes. The loneliness that dwells deep within her. The tears slowly trickling down her cheeks. It only enhances her eternal grace — seeing her so melancholy and distant.

Also, it probably helped, ironically, that I don’t speak French. It is yet another barrier between me and this character of Geneviève. I cannot fully understand her plight, because I cannot even completely comprehend the language that she speaks, as melodic as it may be. The heart-wrenching melodies of Michel Legrand as well as Umbrella’s vibrant palette of colors are equally evocative. It’s no fluke that Deneuve bursts onto the scene right here. Everything is going for her with Jacques Demy at the epoch of his creative powers.

And the fun of this particular story is that Catherine Deneuve is still with us and still making a good many movies. Admittedly, I haven’t seen many of her newer roles after The Last Metro (1980), but I’ll get around to them someday. It was fun to find a star of a bygone era, who did not die 20 years before I was even born and for that Deneuve was a welcomed discovery. She continues to fascinate audiences, not least among them me.

I still am partial to Audrey and Grace, but I would say unequivocally that Catherine Deneuve comes in a close third. How can you not be won over by Umbrellas of Cherbourg, an extraordinary debut from a phenomenal body of work? 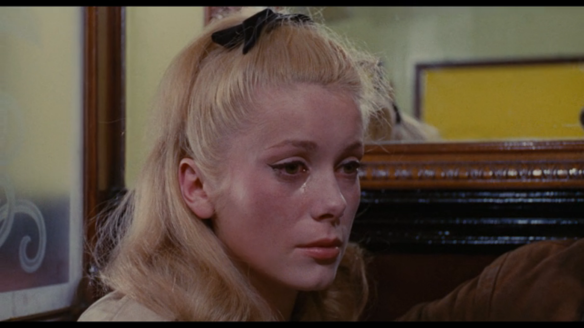