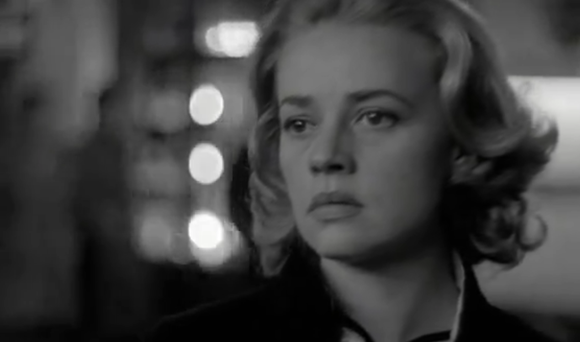 Elevator to the Gallows was the debut of Louis Malle, a man who found success in both his native France and the United States. In truth, it’s an easy bit of delectable icy noir to enjoy, because it goes down quite effortlessly. From the cold open this film remains ridiculously cool, boasting a score from jazz visionary Miles Davis that dances and sways in sensual rhythm with the images onscreen. Recently I’ve gone through somewhat of a minor Jazz epiphany and Davis was a major instigator of that.

For all intent and purposes, this is the film that made Jeanne Moreau into an icon to be noticed. She’s not the same type of beauty as Brigitte Bardot or Catherine Deneuve, but this film shed some light on why she stands out among the best of France’s leading ladies. Really she’s the only character who we get inside the head of — we hear her thoughts as they drift in and out of her mind. Also, out of everyone, Malle allows his camera to dwell the longest on the face of Moreau with few distractions. We see her wander the streets listlessly, checking her complexion in windows, and somberly gliding upstream as cars speed past on all sides. It’s as if she’s constantly living in a dreamy alternate reality that is only broken when she must actually interact with the humans that inhabit the space that exists around her. But how did she get here? 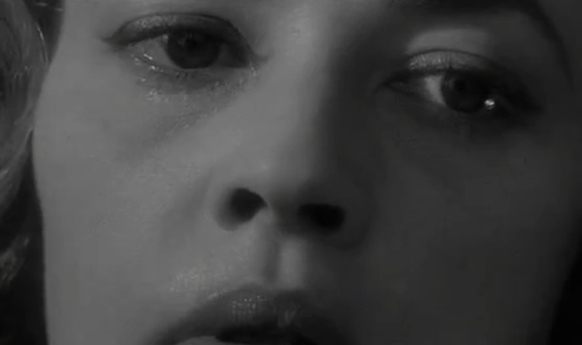 Back to that cold open. Florence is communicating with her lover Julien, as they put their plan into action. It all happens so fast as the credits flash on the screen, but soon enough we gather that he plans to kill her husband, so the two of them can finally be together. So, in other words, it feels like some kind of love triangle with Florence Carala. As a former paratrooper deployed in Indo-China and then Algeria, Julien is more than capable of carrying out the task. It requires scaling a building on a rope, taking the shot to finish off the condescending war profiteer Mr. Carala, framing it as a suicide, and then making a getaway without anyone being wise.

All the pieces fall together, but Julien forgot one thing. The rope is still hanging there! He rushes up to fix his mistake, but on the way down another employee unwittingly shuts down the lift, and now Julien is stuck in the elevator with no easy way to get out of his jam. He is sure to be caught. It’s a tense spot he’s in, but really that’s not where the heart of the story lies because Julien remains where he is for much of the film. 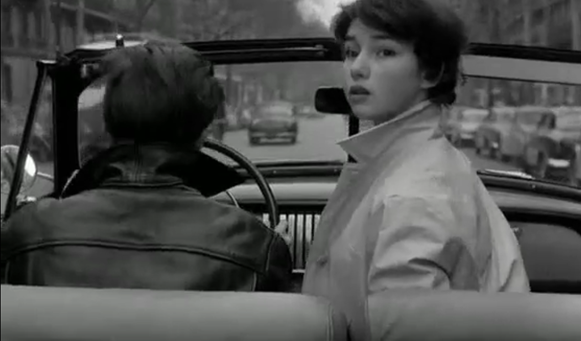 The other arc feels closely tied to The French New Wave Movement as an angsty young man decides to take Julien’s sweet ride for a spin and his reluctant girlfriend takes part in their little escapade. Their final destination is a hotel where they decide to register as Mr. and Mrs. Julien Taverner because it’s bound to be a good bit of fun. They even get chummy with a pair of German tourists and the champagne flows freely. 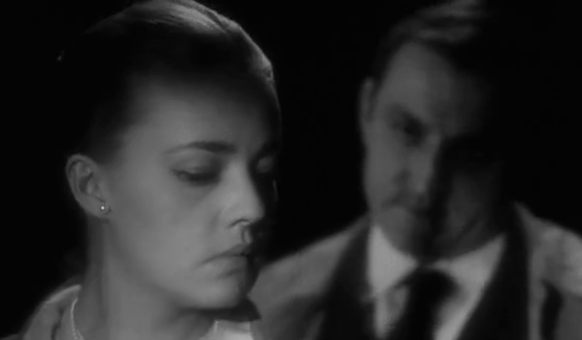 an anxious Mrs. Carala begins to listlessly comb the streets trying to gather what happened to her lover. Where did he go? Julien
still sits in the elevator trying to rig a way out as the cigarette stubs pile around him. The good times of young lovers Louis and Veronique soon turn sour when the boy loses his temper and with that, all rationality goes out the window. As Godard once quipped all you need for a film is a girl and a gun, and in this case, it rings true.

Now Julien is wanted for a murder he did not commit and is still the unknown perpetrator of yet another murder that has yet to be uncovered. When he finally breaks out of his prison the following morning, he inadvertently walks into a big heap of trouble. But it is Louis and Florence, who end up back at the scene of the crime where a dark room becomes their downfall.