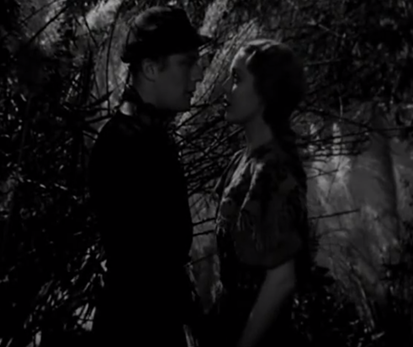 Once more we have the Hollywood rendition of Budapest that would turn up again in other pictures like Ernst Lubitsch’s Shop Around the Corner (1940). English is spoken perfectly and individuals generally act as we would expect them to in our neck of the woods. It’s simply their story and setting which have any bearings on the real Hungary. But after all, that’s what we’re generally most interested in anyway.

Because Zoo in Budapest is everything its title promises though I admittedly know woefully little about the director Rowland V. Lee. Despite the lean narrative, a refreshing amount of time is actually spent in developing the vast menagerie of animals within the zoo. And there are many of all colors, shapes, and sizes. Elephants, monkeys, lions, tigers, ostriches, giraffes, everything that one might expect. The people are a diverse bunch as well.

For one man, in particular, the zookeeper Zani (Gene Raymond), he couldn’t be happier with his daily regiment. The film is his whimsical tale of paradise. In fact, we could just about call it Eden.  He’s a friend of every four-legged creature and he plays with them all like they’re his family. Furthermore, he slyly steals furs from snooty ladies who see animals only for their pelts.

He even coaxes a timid young orphan (Loretta Young) to make a break for it as she’s already planned an escape with the help of her girlfriends. The reason being, she is about to be hired off as an indentured servant on her 18th birthday.

But it looks like she’s lost her nerve. In one crucial instant, one girl jumps from the bridge to draw attention. Thus, the diversion has been created and Eve instinctively makes a dash for it. She’s on her way to spend an eventful evening in the zoo.

She’s not the only one. A little boy sneaks away from his governess because he wants to ride the elephants and Zani himself becomes a fugitive after purloining one fur too many. They are a trio fleeing from the powers that be, the zoo authorities, the den mother, and a governess.

After she’s gotten over her initial apprehension, Loretta Young’s eyes glow dazzlingly in the moonlight and she’s the perfect helpmate for Zani as they carve out a bit of an oasis for themselves, away from the prying eyes searching for them. In one sense, the parallels to the Garden of Eden are well-founded.

There’s also a startling amount of imagery spent on simply documenting the life around them. Swans gliding on a pond. The play-wrestling of a friendly monkey. But of course, the tranquility cannot be sustained forever. The world at large breaks in disrupting the perfect cadence and the order of beings inside the Zoo’s walls.

I can’t help but think that if the picture were remade today with our technological advancements and subsequent narrative laziness, all that provides a real threat and a true sense of danger in the film’s finale would be lost. Because as humans we know the difference inherently between CGI creations and living breathing handiworks of flesh and blood. It’s the real lions, tigers, and bears that can tear you to shreds. The computer-generated ones just provide the illusion. So Zoo in Budapest might have a bit of a scrappy, melodramatic ending but there’s something to it.

It’s almost like a reality check. We get a taste of what the Garden of Eden might have been like but of course, paradise was lost. We can still have love and romance but there must be violence and turmoil thrown in our midst as well. The lion laying down with the lamb isn’t quite actuality. The question is whether or not you believe that one day it will be so.