One of the greats is gone. At 103 years of age, Issur Danielovitch, known to movie lovers over as Kirk Douglas has finally left us.

In full transparency, if he was up against Robert Mitchum I would have probably sided with Bob. If he was facing off with Burt Lancaster I might have gravitated to Burt. But there was something so fiery and passionate about Kirk Douglas making him simultaneously one of the great action heroes and villains over an illustrious career.

Because he thrived on ferocity, conflict, and volatility before the days of Brando and company. In the 40s he knuckled down with the aforementioned men in seminal film noir like Out of the Past and I Walk Alone.

His first truly blistering protagonist proved to be the ambitious boxer Midge in Champion, and he would set a beeline for parts channeling the same energy straight to the top. Take anything like Detective Story, Ace in the Hole, and Bad and The Beautiful to get an idea.

If you take stock of these portrayals their altogether fearless. They are not consumed with being likable or palatable. They have sleaze and corruption dripping all over them but they’re also unmistakably magnetic. You can’t take your eyes off them. 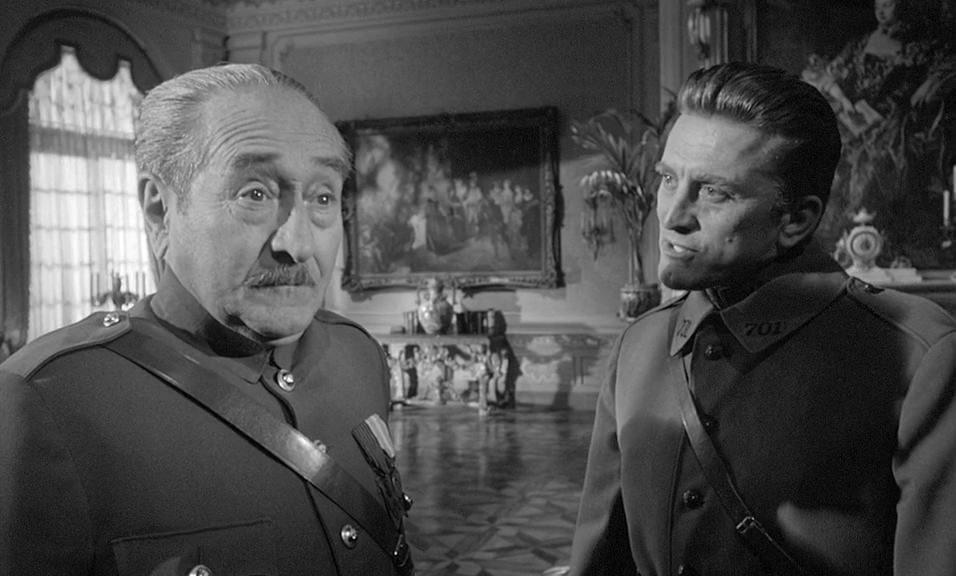 In many ways, Douglas felt as fearless in life as he was on screen. As he gained more clout he used his powers to pick uncompromising material. Paths of Glory, directed by Stanley Kubrick, is one of his finest hours as a stirring statement and morose portrait of war.

Is it an obvious cliche to say he had a Lust for Life in line with the characters he played including Vincent Van Gogh and Spartacus? Certainly, it is, but why belabor the point.

It was the latter film which galvanized his pronouncement for generations of parodies (For me it was in Community). And yet all kidding aside, it was this very same antithetical, and wildly popular biblical epic that helped crush the gates of the blacklist.

Douglas was one of the few men with the guts (and the sway) to call on the irrepressible talents of blacklist poster boy Dalton Trumbo and still get away with it.

If these few passing bits of observation were all his life had to offer, it would be well worth acknowledging. There’s so much more that I don’t even have the time or knowledge to fully cover. I will simply leave you with this. Kirk Douglas will be dearly missed because he loomed large over the industry.

To be fair we aren’t simply paying tribute to him because he was one of the last living testaments to the days of Old Hollywood though that holds true. We are remembering him in part because he had his fingerprints all over the film industry for generations. You cannot talk about the classical period of the 20th century without rubbing up against his influence.

There is a reason he was placed #17 on The American Film Institute’s list of screen legends. Not simply as a token award, but because it was well-warranted. As someone who is invested in sharing the world of classic cinema with others, he will be dearly missed. But the beauty of film is the fact he will not be forgotten.

Those who love or (even in my case) deeply admire his talents, will look to pass them on.

To many of us, you were Spartacus…and there’s nothing wrong with that.