With the CMBA Spring Blogathon being themed around classic movie comfort, I busied myself considering the types of movies that act as comfort films.

Here before you, without too much deliberation, are five classics I would gladly share with anyone. They are movies that I own and return to for any number of reasons, perfect for lounging around on a Saturday afternoon.

Also, as it worked out, they all just happen to represent five separate decades of cinema. 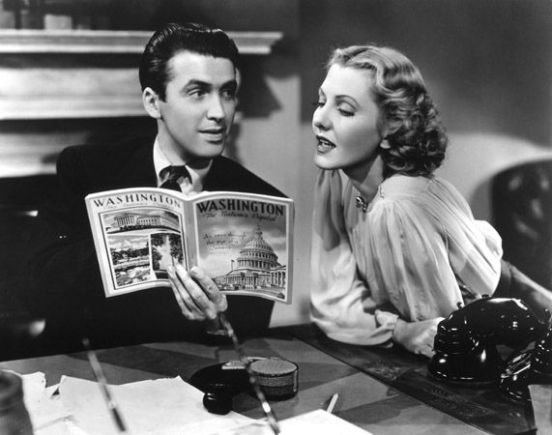 Gawky, wide-eyed Jimmy Stewart reflects all that is good and decent about Classic Hollywood. Frank Capra’s political drama is a time-honored story of the little guy going up against a political juggernaut. It’s full of humor and geniality, romance and patriotism, and heart-wrenching drama. Stewart’s staggering filibuster on the Senate floor, as Harry Carey looks on wryly and Jean Arthur coaches from the cheap seats, is an iconic showcase.

Far from simply giving us the kind of Hollywood catharsis, replete with happy ending and romance, it reaffirms the virtues of humanity in the face of corruption. Love bears all things, believes all things, hopes all things, endures all things.

It’s a sprawling film and yet it never seems lengthy because I always fall into the storyline and the sense of community created within Boone City. William Wyler’s direction with the immaculate photography of Gregg Toland is glorious, and once more, the cast is one of the most amicable.

I’ve long enjoyed Teresa Wright and Dana Andrews. Frederic March and Myrna Loy make a lovely couple. Harold Russell turns in, arguably the most sincere, undoctored performance as the double-amputee. We even get Hoagy Carmichael plonking away on the piano. It gets to the point where relationships are actually being formed with the characters. We care deeply about their happiness and well-being in the wake of WWII.  Even as the world changes and we must come to terms with it, there is still hope in making something out of life, wherever it may lead us. 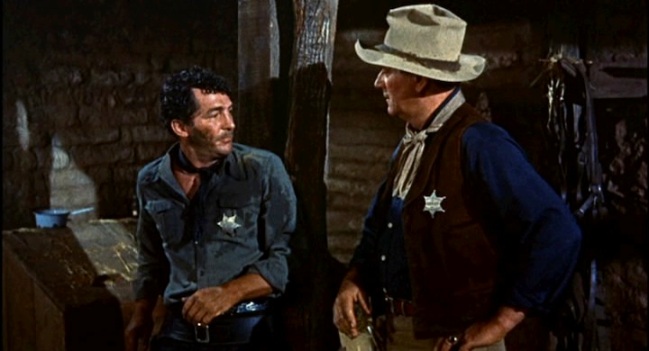 Before there was any sort of sub-genre, Howard Hawks feels like the king of buddy movies. John Wayne, Walter Brennan, Dean Martin, Ricky Nelson, and Angie Dickinson are a joy to hang out with. There’s no question this is a western — with a sheriff sticking by his guns — and there’s certainly conflict drummed up.

But for the sake of our discussion, this movie is all about the camaraderie. These very purposeful lulls in the action and even an intermission just so Dino can sing “My Rifle, My Pony, and Me.” It brings all the necessary components together, including action and humor, while instigating a quality time at the movies.

There are a couple reasons I have a lasting fondness for Mad, Mad World. This goes beyond the wall-to-wall goofballs squished into the caper comedy. (I’m talking to you Jonathan Winters.) One of the other touchtones involves the iconic palm tree becoming a symbol of Inn-N-Out burger, a favorite watering hole of mine.

Likewise, my dad often tells stories of riding off to summer camp only to see the crew filming the chase sequences up in the mountains. It’s these small anecdotes that make it feel all the more familiar. And so many friends come to the party: Don Knotts, Peter Falk, even Buster Keaton. It’s always a pleasure to see them.

There’s something instantly satisfying about the tableau American Graffiti offers up. It’s one night in 1962. The scenarios are lightweight and life-changing all at once, between cruising cars, fleeting high school romances, and some of the most iconic tunes of yesteryear. For me, very few films evoke a milieu as well as George Lucas’s picture, and it still remains one of the preeminent coming-of-age movies generations later.

For one evening, we get to step back in time and enjoy an evening on the town with a soundtrack supplied by Wolfman Jack. It’s an immersive, totally delightful experience cruising around with the likes of Toad, Milner, and Curt. In the age before JFK’s assassination and the escalation of Vietnam, it somehow spells simpler times for all.

Wishing everyone the best of cinematic comforts!

15 thoughts on “5 Favorite “Classics for Comfort””