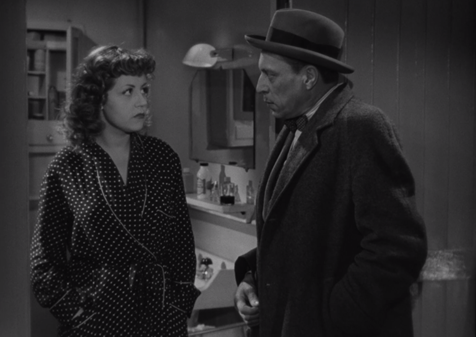 Unearthing Quai Des Orfevres is a glorious discovery of post-war French cinema. Because Henry-Georges Clouzot is always a man I heedlessly clump together with Jacques Becker when it comes to French film history. Not because of an immediate connection but, on the contrary, it’s the very thinnest of labels.

They both have a handful of superior films to their names and yet never seem to reach the full-fledged prominence of some of their countrymen as far as their bodies of work are concerned. If we want to oversimplify the situation we have Jean Renoir on one side and then the youthful revolution of the Nouvelle Vague with the dawning of the 60s thereafter.

And yet, to acknowledge Clouzot was considered by Alfred Hitchcock himself as a true rival for the title of “The Master of Suspense” seems a heady admission. On the laurels of Wages of Fear and Les Diaboliques alone, there is some merit in the conversation. Most agree Psycho was a reaction to the latter film (since Hitch could not get the rights).

One area Clouzot can claim primacy over Hitch is the fact he personally wrote most, if not all, of the screenplays he directed. Quai Des Orfevres benefits as much from his writing as anything, yet another robust entry to his filmography. Though it came to fruition only after a substantial ban from the French film ministry.

That is a story worth dissecting on its own because his previous picture, made in occupied France, was all but bankrolled by the Third Reich. You can imagine that this didn’t sit well with people. It’s a fitting anecdote for the very reason that the war no doubt affected his characters as much as it affected him.

The France featured here is not quite the post-war Vienna of The Third Man, but it’s merely a hop, skip, and a jump away. For that matter, it evokes a bit of Carol Reed’s world from Odd Man Out too.

In this case, Clouzot’s focused on a group of performers at some shoddy theater house. It’s hardly glamorous entertainment, but for all those involved, at least it’s a meager living. If nothing else, they look after their own.

Right in the thick of it is vivacious stage talent Jenny Lamour  (Suzy Delair) and her balding husband, Maurice Martineau (Bernard Blier), who can constantly be found accompanying her on the piano. Between her shameless flaunting and flirting and his burning jealousy, it proves to be a highly volatile cocktail.

The conflicts, in this case, are not political or instigated by human avarice. They are of a more personal nature, between a husband and wife in turmoil. We do not know their history, but if the scenes around them are any sign, they are coming off hardship, with the war being indicative of their entire life together.

A local photographer, named Dora (the glamourous Simone Renant), who has some business with Jenny, is also paid a visit by a hunched, beady-eyed creep who happens to have quite the portfolio of financial holdings; it’s the only reason any girls give him the time of day. In this instance, he brings a pretty young thing to pose for him.

In some twisted way, it’s mutually beneficial. They want his influence and he wants pretty girls to dominate. One bystander notes, if Brignon (stage actor Charles Dullin in his final performance) were poor, he would have been in prison long ago.

Despite the generally disquieting nature of these themes, it’s even more sobering to admit, somehow it still remains timely as a portrait of men in power using their capital to lord it over the opposite sex. There is social repugnance, but they label him a “dirty old man” and leave it at that.

What’s more, Jenny Lamour is going to see him; it’s good for her career. Maurice despises the smutty scuzzball and with his anger justified for once, he goes to confront him at his hotel room; the staff and manager catch the tail-end of his outburst.

This only matters in reference to the film’s crucial inciting incident. Brignon is murdered one evening. It’s not unfamiliar or unexpected. Still, keeping the details murky for those unfamiliar with the story is in the best interest of all. But, needless to say, law enforcement gets involved when the body is found — his apartment in disarray.

This, of course, cuts out a large swath of the story. Because it is not a mystery. This is a character study. The man who winds up drawing out the performances and reactions from everyone else happens to be the curious Inspector Antoine (Louis Jourvet). It’s true colorful detectives are a mainstay of the police procedural with Columbo, courtesy of Peter Falk or even Alistair Sim’s Inspector Cockril, from Green for Danger, springing to mind.

In fact, in the preliminary stages, the inspector can be found poking around the musical hall, not unlike a Columbo — unassuming and out of place — and trying to decipher what he has to work with.

Later, in his office, he helpfully summarizes a deposition for Mr. Martineau to save the man time (He’s the most obvious suspect if it’s not apparent already). Bringing in the rest of his person’s of interest takes up the remaining daylight. It’s only a matter of time before a resolution is met. The Inspector’s generally insouciant when it comes to the daily grind, though he’s deceptively astute when it counts most. 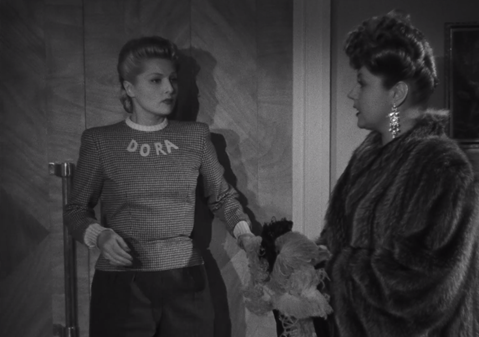 To reiterate, the story is not necessarily about the tautness of the plotting. There are too many questions. Not enough answers to loose ends. How does Jenny remain so even-keeled while her husband is the one sweating it? The alibi Maurice makes up is so flimsy. His case lines up so serendipitously with a bank robber who stole his car the same night. Why does Dora involve herself? But all these details are almost beside the point.

We know the perpetrator almost before the case has started — we think — and at any rate, it’s before the inspector comes on the scene. To evoke Columbo again, this is not so much a mystery as much as it is a “How’s he gonna catch them.” But in this version, it’s not an elementary case of fun and games.

Rather, a statement is being made on the state of law and order. Where the police search after a murderer of a despicable man because it is there job. Because these are the working-class folks. Criminals, in one sense of the word, yes, but also victims in another.

The characters and their dynamics become the seat of all the intrigue. The decisions they make. The logic they use. What they choose to disclose and hide from one another. Jenny, Maurice, Dora, they all are involved, but it’s more complicated than surface-level perceptions might suggest.

Even Inspector Antoine, the film’s most splendid creation, as realized by Jouvet, is given the benefit of a personal history outside the context of the film. His beloved son, from his time abroad in the French colonies, is the love of his life. The case almost seems like an unwanted distraction from what he’d really like to be doing. It’s this insightful brand of humanity found within most of the characters transforming Quai Des Orfevres into a truly singular take on the conventional crime thriller. The final shots sum up these ideas in succinct terms.