In our ongoing series of guides for up-and-coming classic movie fans, we turn our attention to one of the most alluring and iconic actresses from the Classic Hollywood period.

Kim Novak, who is still alive and well today, started out in her early 20s as an answer to Marilyn Monroe, while soon developing her own image as a husky-voiced, sultry siren. She played opposite some of the biggest stars of her day. Unfortunately, her own talents are often dismissed in light of her looks, and she eventually left Hollywood to live a far more secluded life.

Kim Novak garnered attention for her self-assured work in the film noir Pushover and a playful bit in Pfft. However, one of her most iconic roles thereafter came with Picnic opposite William Holden. The Kansas heat whips up a passionate romance between a teenage prom queen and an out-of-town drifter. Their dance together to “Moonglow” is one of the movie’s magical moments.

There’s no doubt this is Frank Sinatra’s picture and a darn good one too as he plays a relapsing druggie struggling to get the monkey off his back. As all the street graft enable him and his disabled wife nags him, it’s the local waitress in Novak who gives him the tough love he genuinely deserves. They would costar again in Pal Joey with more tepid results. 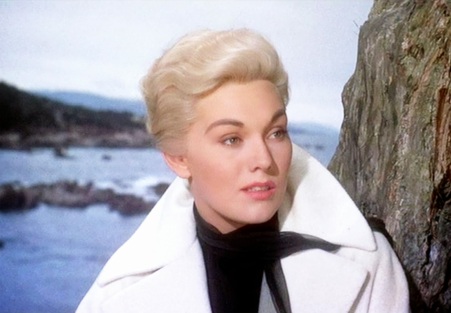 This is the big one. The one that will cement Kim Novak’s legacy for the ages thanks to Alfred Hitchcock’s obsessive vision and Bernard Hermann’s mesmerizing score, turning her into a spectral beauty haunting the streets of San Francisco. Everything from her wardrobe to her posturing makes her dual role as Madeleine and Judy pitch-perfect. If you want something lighter, try Bell, Book, and Candle from the same year, also starring James Stewart 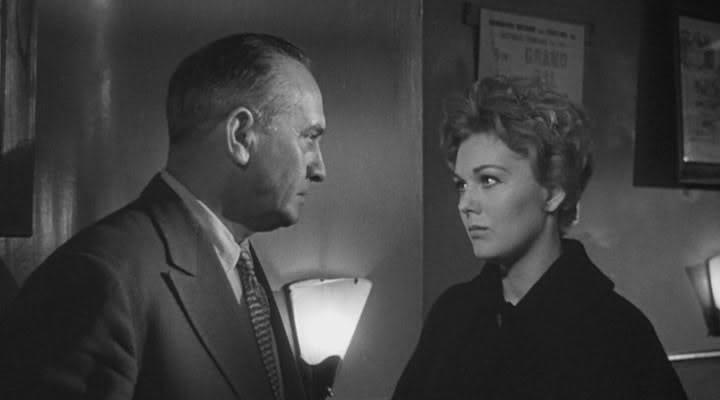 Kim Novak’s performances are generally overshadowed if not completely neglected. She is, after all, remembered as a glamour girl. However, in a film like Middle of The Night with a heart-wrenching premise and a craftsman like Paddy Chayefsky, she stretches herself opposite Frederic March playing an unorthodox couple trying to weather societal peer pressure. It’s probably her most vulnerable, most devastating performance.

Strangers When We Meet, Boys Night Out, Kiss Me Stupid, etc.