Oh, how I love The Third Man (or The 3rd Man). Regardless of how you write it, Carol Reed‘s post-war noir is one of those special films that was a case of love at first sight.  I knew some of the reasons already, but watching the film with a friend (on his first viewing) teased them out even more so. It was a nice reminder of why this film continues to enchant me and engage me on fundamental levels time after time. 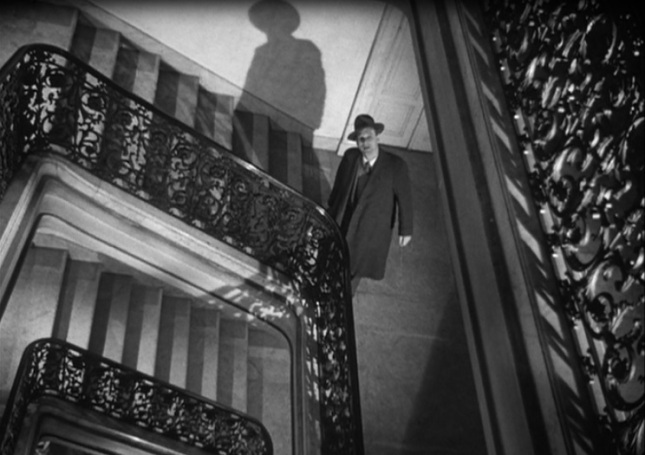 My buddy was right. The Third Man is inherently disorienting. Visually the film presents all of its subjects from a stilted perspective. They’re always slanted, featured in crammed together close-ups, and never quite sitting square in our line of vision from the camera’s uncomfortably low angles. Whether we realize them or not, there’s no doubt the dutch angels (from “Deutch” or German) manipulate how we experience the action.

Starting with these formalistic elements, the mood is perfectly ingrained in the fundamental building blocks of the story with the crumbling city sectioned off into its uneasy alliances between the WWII victors. We have a crosshatching of districts and a melting pot of language and objectives.

Thus, when the blundering American author Holly Martins walks into the story, he, like his audience, has very little understanding of what is going on. His level of comprehension is lost in translation even as he goes around trying to get to the bottom of the scenario. Joseph Cotten does a fabulous job in the part effectively becoming our eyes and ears in the environment.

And this strong association is part of the reason I so vehemently decried Netflix’s tampering with the original film’s ambiguity. If you’re like me and Holly Martins, you’re no polyglot, aside from a few token phrases here and there. When the old man or woman in the house rattles off something, you’re lost in the unfamiliarity. You’re waiting for someone to explain it, even trusting on the good graces of others. In some regards, you are helpless.

It’s part of the way the film toys with us. You realize the whole time maybe you’ve been played and a whole level of the film’s context has flown over your head. Subtitles alleviate our ignorance but also cause us to lose out on some of the perplexity felt as a result of such a global battleground. The Third Man capitalizes on the richness of these cultural ambiguities.

The music is next on my list. My friend was right again. The title song’s awfully familiar and after Anton Karas got plucked off the streets of Vienna to provide the lively but strangely hollow and foreboding soundtrack, it would go onto some acclaim on the music charts (including a guitar rendition by Guy Lombardo).

The tune is one of a select few early movie themes to hit the mainstream remaining fairly recognizable even today. This is even more surprising given its inauspicious roots. My friend connected the dots later only to realize he’d heard the particularly Latin-flavored version by Herb Alpert and The Tijuana Brass on their album !!Going Places!!  He taught me something new, but you learn a lot being friends with an avid record collection. 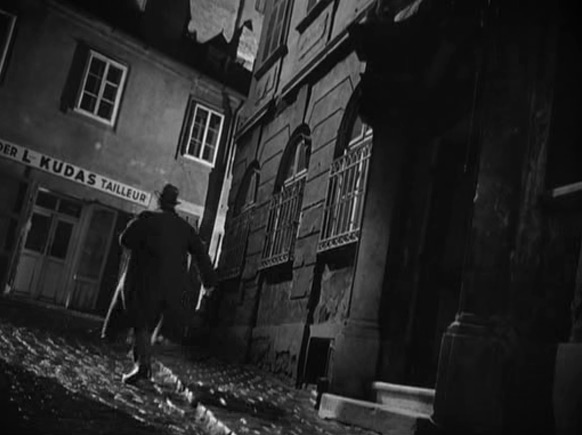 It might be a mere generalization, but I feel like there are often complains leveled at films of yore that they languish, there’s too much talking, and they don’t boast enough action. But I think my buddy was spot on once more. The Third Man has surprisingly timely pacing (aside from the deliberate final shot).

One of the practical reasons for this might have been director Carol Reed literally being hooked on the stimulant Benzedrine to get through his hectic shooting schedule around the clock. This might be one explanation for the zip, even in the opening monologue. However, there’s also an undeniable drive to The Third Man because it’s stuffed with questions, mystery, and underlying tension.

As information begins to reveal itself, we have screeching taxi rides, reveals, harrowing meetings on Ferris wheels, and climactic chases sequences clattering through the rubble-strewn streets and labyrinthian waterworks. But the reason it grips us has to do with falling in with intuitively compelling characters. That’s as good a place as any to bring him up…

The final observation I found to be particularly interesting was my buddy’s acknowledgment that Harry Lime felt surprisingly modern, a precursor even to the current villain. I want to tease out this idea even more because I’ve been drawn to movies that layer their menace. I can think of the likes of Black Panther or Mission Impossible: Fallout as two recent examples.

However, what I mean by this is how you don’t quite know where the trouble is going to come from, who you can trust, and who will betray you. It makes for a glorious puzzle to navigate. Is Calloway someone we can give our allegiance to? He’s an awful stickler for the law without clemency.

Mr. Crabbin is an unnerving chap before we ever learn who he is and the shifty-eyed likes of the Baron, Dr. Winkel, and Popescu have far more to tell than they willingly divulge. The woman Anna (Valli), who loves Harry, is almost delusional with her unwavering love for a scoundrel. Even Cotten, our initial hero, lumbers around like a drunken idiot, thinking he has everything figured out.

And of course, there’s Mr. Harry Lime himself. The most iconic charismatic, machiavellian anti-hero. Orson Welles makes him a dashing shadowy specter, larger-than-life and theatrical. But there’s no discounting the mercilessness pulsing through him. None of these characters are straight-laced by any stretch of the imagination. They have some flaw, evil, or vice dragging them down. Lime just remains the mastermind and the poster boy of it all.

The one character who seems like a generally agreeable chap is, of course, the one who SPOLIERS gets it. Somehow it fits the times and the world. It couldn’t be any other way.

So 70 years on The Third Man still remains one of the preeminent examples of a quality thriller, pulsing with atmosphere, style, romance, and intrigue. To say they don’t quite make movies like this anymore is immaterial.

What’s truly staggering is how brilliantly Carol Reed’s film still holds up. I look forward to many more viewings to come, preferably with a friend or two. After all, they’re the ones who help me appreciate classics like these with new eyes.

I’m also proud to be a part of the Classic Movie Blog Association celebrating 10 years of existence. Here’s to many more.