“How can such a small mind have such a big antenna?” – Paul Le Mat is Spider

Citizens Band (also known as Handle With Care) is not about music. Instead, it documents the increasing craze during the 1970s for person-to-person radio communication. Initially utilized for emergency messages, the radio waves soon got gummed up by social calls, with every Tom, Dick, and Harry looking to get a piece of the action.

It’s illustrated in the early sequences when Spider (Paul Le Mat) picks up a message from “Chrome Angel,” (Charles Napier) who gets pinned under his 18 wheeler in a rainstorm. It’s partially due to his own negligence on the road (He got distracted by some saucy call signs). Regardless, Spider is quick to search out help for him only to get disrupted by local nuisances like the self-proclaimed “Hustler,” a bratty kid who likes to brag about his exploits. He has a blatant disregard for FCC regulations.

It turns out our trucker isn’t much of a victim. In fact, we find out his broken arm is the least of his troubles because he’s run into the same problems as Edmond O’Brien in The Bigamist: he’s been holding court with two women. Well, three. Recently he’s been getting friendly with a local lady of the night named “Hot Coffee” who uses the radio waves to drum up business. 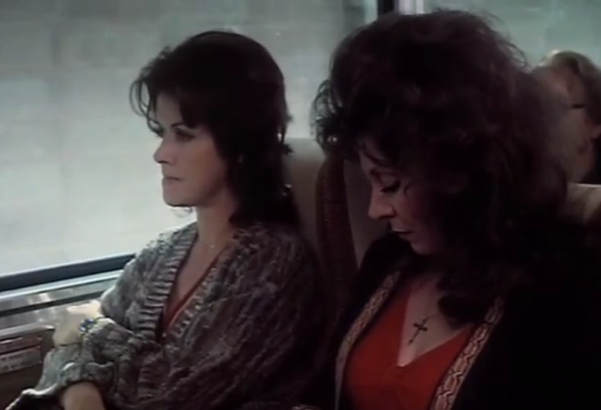 The only reason he gets found out is through a bizarre piece of comic happenstance. They meet on a bus. There’s the bodacious “Dallas Angel” (Ann Wedgeworth) and the more pragmatic “Portland Angel,” (Marcia Rodd), and after they get over crying about their misfortunes, they laugh, and conspire to make him pay. One bit of malevolence involves releasing his load of cattle out of his trailer hitch. There’s enough here for a raucous subplot.

Back at his home base, “Spider,” aka Blaine Lovejoy, holds down the fort as an emergency radio relay CB station with his buddy Cochise. Lovejoy lives with his father (Robert Blossoms) and struggles through his contentious relationship with his brother (Bruce McGill), the local P.E. teacher. It runs deeper. Both share a complicated relationship with the local crush Pam (Candy Clark).

Their Pops is a near-cataonic figure who is shocked back to life daily by the whizz of the radio waves and his call sign “Papa Thermodyne.” For a brief instant, he’s returned to his glory days trading words with some of his buddies. It pulls him out of his haze and the sorry existence he’s resigned himself to.

The inclusion of both Le Mat and Clark results in an unofficial American Graffiti reunion, though they hardly shared any scenes in the previous film. Even if it is set in a generation later, Citizens Band somehow maintains a similar affection for radios and automobiles. They often act as the conduits for youthful entertainment, love, and the various dalliances and diversions making life what it is each and every day.

A callow teen named “Warlock” chats up the seductive Electra over the car’s radio. Joe Cocker’s “You Are So Beautiful” briefly plays in another sequence. You also get the sense the radios allow people to live double lives, facilitating something more than what they’re usually allowed to be in the everyday.

Much of the movie’s sense of fun revolves around “Spider” laying down the letter of the law. He resorts to patrolling the neighborhood, honing in on signals before raiding the homes and putting the perpetrators out of comission indefinitely.

If it provides any indication, Citizen Band relies on a fairly lax and casual narrative with the breadth of the ensemble bringing to mind Robert Altman without the same comic barb. On its own, Jonathan Demme’s movie settles into an absurd rhythm somehow befitting backcountry, everywhere America.

“Spider” continues on his righteous crusade to rid the waves of needless vermin. His nemeses include a ragtag laundry list of whiny pipsqueaks, self-righteous bible thumpers, paranoid anti-communists, and old ladies droning on about dreary childhood stories.

Thanks to this untethered interest in all the various quirks of the community, which subsequently become some of the films most enthusiastic vignettes, it’s never quite able to pin down its more emotionally dramatic sequences. 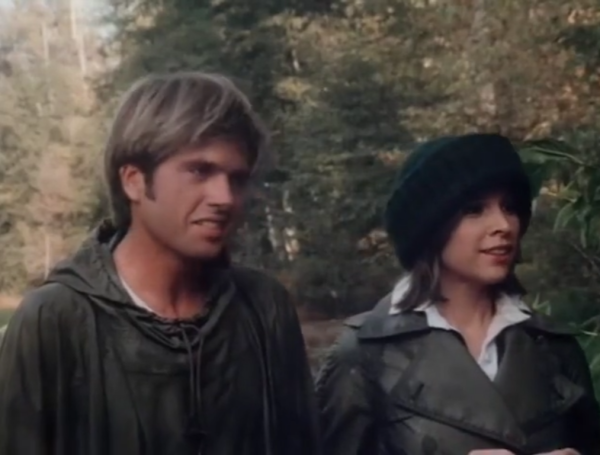 This involves the strained relationship between brothers or even Pam’s conflicted, on-and-off romance with Spider. Certainly, there’s more story here and there could have been greater motivation, to empathize and understand them on a personal level. This is generally absent or at least not fleshed out substantively.

But there is enough in the way of world-building, humor, and genuine characterizations by the lead performers to make it feel worthwhile, if not totally sketched out. And because the cast is protean in nature, it’s pleasant enough to follow their lead through the ebb and flow.

Finally, all the cast assembles for one sole purpose. They drive out to the outskirts of town, during another rainstorm, to perform a search and rescue mission to find a vanished Papa Thermodyne. Somehow it turns out an ending to fit the world we’ve come to experience thus far. Everyone gets their individual shoutout.

Citizens Band (or Handle with Care) is a slight film, but with the pieces it has in place and the extent of its subject matter, this is actually a worthy compliment. There’s a warmth and weirdness permeating its frames that, while engaging, also suggests the lingering specters of living in a small town. It’s both the joys and idiosyncrasies. The dark riffs of conflict, and the unifying humanity — all of us flying under the same colors.

Even at this early juncture in his career, Demme seems particularly well-attuned to this aspect of his ensemble. The best part is that he would continue down this same road with future efforts.