Peter Pan was immortalized by Disney in 1953, but as with many of the great fairy tales that they have adapted, it’s easy to forget that there was an earlier spark. These stories do not begin and end with Disney. They have a far more complex origin story and ensuing history. So it goes with J.M. Barrie’s Peter Pan.

Finding Neverland has a satisfactory periodness that reflects a bygone era neatly and without much-added schmaltz. Johnny Depp turns out to be thoroughly charismatic as 19th-century writer J.M Barrie, the mastermind behind Peter, Captain Hook, Tinker Bell, and all the rest. But this is really the story about his inspiration for the fairy tale that defined his career.

Kate Winslet is a wonderfully benevolent free spirit who single-handedly raises a family of four boys. Her mother (Julie Christie) is a brusque rather domineering lady, but Barrie is still drawn to this family because they awaken his own imagination.

The film allows itself to be whisked away into glorious worlds, dreamscapes out of the minds of children with the wildest of imaginations, but it continually remains grounded in the story of these people: A writer, a lady, and her sons. It conjures up the fantastical whimsy of Tim Burton’s Big Fish while preceding similar narratives like Saving Mr. Banks rather effortlessly.

There, of course, are the expected difficulties. His latest play backed by the wealthy money bags Charles Frohman (Dustin Hoffman) was a monumental flop and neither one of them can afford another such showing. Barrie also has trouble connecting with his wife (Radha Mitchell) and they slowly drift farther and farther apart right in front of each other’s eyes. They know it’s happening and still there’s very little they can do. Meanwhile, Sylvia Llewan Davies comes down with a sickness that she refuses to accept treatment for, but it becomes completely debilitating. Continually Barrie’s home life and personal relationships are intersecting and butting up against this world that he has created: Neverland

But the night of the big opening of his play arrives with much anticipation. There’s the normal stuffy crowd until a crowd of orphan children files into the performance, on Barrie’s doing. Because in some ways, they are the best critics. They know what they like and they are not afraid to show their approval or their derision for that matter. Their laughter spreads throughout the great hall and the show winds up a monumental success.

However, perhaps more importantly, the film has some final wisdom to dole out to anyone willing to take the time to be still and listen. Even if time is chasing after all of us like the famous ticking crocodile, that doesn’t mean we have to grow up too fast or leave behind the wonderment of youth. There’s still so much to see if only we had the eyes to see them. The clear, credulous eyes of a child. That’s some of what Peter Pan taps into as with all timeless children stories. Because they aren’t really children stories at all, but tales that touch each and every one of us through life and even in death. Finding Neverland remains a fitting reminder of that. Each person needs hope in something greater. It’s finding that thing which is paramount to every existence.

In truth, I always thought this film had a well-suited title for its material. It was rather unusual and unique. There was not much more to think about otherwise. But when you actually think about it, whether or not you consider Alexander Pope’s poem from which it originates from, there is great truth that can be gleaned from this phrase “eternal sunshine of the spotless mind.” In fact, it’s truth that points to the heart and soul of Charlie Kaufman’s story.

As humans who love and love to love, there is also the equally likely chance that we might lose that love, or have it come crashing back down upon us. Thus, if we lived with a mind never cluttered with such a thing as love and all the complexities, pain, and emotions that go with it, then could we not be forever happy? There would be nothing to darken our mood, as ignorance truly is bliss. Except in that statement, there is something inherently wrong, because to be human means to be thinking and feeling creatures of reason. Take that away from us and we are little more than animals. But with our minds, we can do so much that is worthwhile. Perhaps we get hurt in the process, and yet that brings to mind another long overused epithet. It’s better to have loved and lost than to have never loved at all. It’s a paraphrasing of Tennyson I think.

This is a great place to enter into this film — this absurdly idiosyncratic vision of screenwriter Charlie Kaufman and director Michel Gondry. Initially, the story of Eternal Sunshine of the Spotless Mind is a great mess — a great web of confusion. The tone is a bit melancholy only to be injected with a heavy dose of whimsy. A man quite suddenly boards a train and meets a free-spirited girl. It’s a meet-cute, and yet there’s a strange sensation that this is not the first time they have met.

Over time everything begins to fall into place just like memories hidden away in the human mind. In fact, that’s exactly like this film. Joel (Jim Carrey) is a subdued, often lonely man, who decides to get rid of his memories, especially when he learns that his former girlfriend Clementine has done the same. He just wants to be able to get over her. But as part of the process, all his past memories come flooding back from the most recent to the oldest. Each and everyone seems to include Clem in one way or another. It’s quite the strange sensation, although Joel does begin to get used to it. That doesn’t mean he likes it. 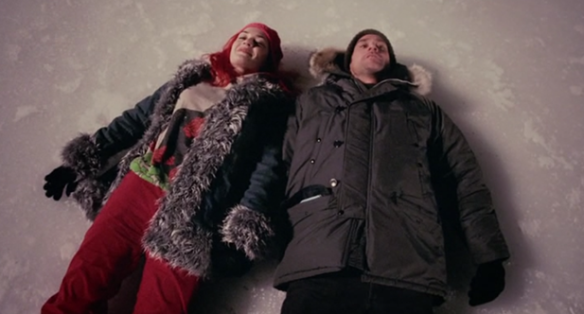 He swims in and out of consciousness between the past and then the present that is going on outside his head. The voices inside his head, or more aptly, the voices right outside his head come from two engineers (Elijah Wood and Mark Ruffalo) from a company in charge of erasing his memories. They create a map of them so they can remove the memories later.

Paranoia sets in as Joel’s past disappears, and he attempts to stop the inevitable erasing of all his recollections. They’re lucid dreams or more like lucid nightmares accompanied by paralysis. However, Joel goes off grid into the deep cavernous expanses of his brain. Entering places where his deepest desires and deep-seated feelings hide. It might be buried in his childhood, humiliating ordeals he was put through, or his most intimate memories of the girl Clementine.

This film is most certainly inventive, but it becomes endangered of relying too heavily on a concept or a gimmick in a way that gets in the way of the love story. Although that does happen at times, in general, Eternal Sunshine functions in great capacity. While being utterly original, it still manages to be anchored by the story of Joel and Clementine. That is due to the wonderfully restrained performance of Carrey paired with Winslet’s dyed-hair and unfettered turn as Clem.

Finally, the narrative folds over on itself again as Joel’s mind returns to the present — a present without any recollection of Clementine. They meet again and there’s a strange sensation in the air. It’s a true deja vu moment that has them befuddled and confused. Will they go through with their relationship even when they find out about their rocky history?

Perhaps the most troubling thing about Eternal Sunshine is that it feels liberating, but it’s liberation without the prospects of romance going anywhere. How do we know that Joel and Clem won’t fall into the same ruts they did before? However, maybe that’s exactly the point. Love often means taking risks and stepping out when it’s hard. The great unknown can be daunting, but without it, there could be no joy or hope in life, only mindless interactions with arbitrary meaning. Love is worth the risk for Joel and Clementine. It’s the same for most people. Therein lies the beauty behind it. 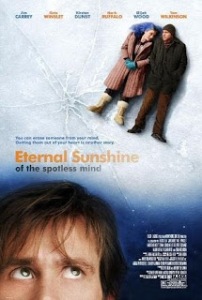 Starring Jim Carrey and Kate Winslet this fantasy romance opens with a man named Joel waking up in a funk. He boards a train and meets the free-spirited Clementine for what seems to be the first time.

The film then starts at the beginning where Joel and Clementine were actually lovers. They had a fight however, and Clementine paid for all of her memories of Joel to be erased. When Joel finds this out he too wants to have the procedure done. It takes place in his sleep and so he begins to see their romance in reverse order.

When he revisits some of the good times, he tries desperately to save some of the memories, but in the end they are erased. The film starts up again where it began with the pair meeting. They both discover tape recordings about their relationship and it causes them to become scared and confused. Joel asks her if they can begin again and Clementine is apprehensive that the same problems will creep up again.

However, they do decide to go through with it again because love is worth the risk. The non-linear, inventive story line by Charlie Kaufman is interesting and the rest of the  cast was pretty good including Mark Ruffalo, Elijah Wood, and Kirsten Dunst.  Furthermore, it was interesting to see Jim Carey in a dramatic role. This is a solid romantic comedy with some interesting ideas about memories, but I feel it deserves another watch due to the confusing story arc. 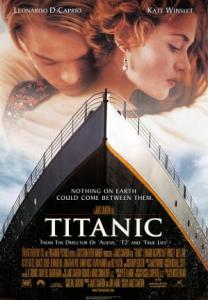 Starring Leonardo DiCapprio with Kate Winslet and director James Cameron, the film opens with an exploration of the submerged Titanic. An interesting discovery puts the explorers in contact with an elderly woman who was there in April 1912. Rose recounts her arrival as a newly engaged 1st class passenger. She felt trapped in her life until she accidentally met Jack, a 3rd class drifter who won his ticket in a poker game. After he saves her life, their forbidden relationship continues as they spend more time together. Jack, who is an artist, even does a charcoal drawing of Rose. However, all too soon the unsinkable ship hits an iceberg and chaos ensues in the following hours. Heroically, once again Jack keeps Rose alive although he himself perishes in the cold. Back in the present Rose now keeps him alive with her memories. This epic romance is fairly good with a semi-autobiographical story, special effects, and a decent score. 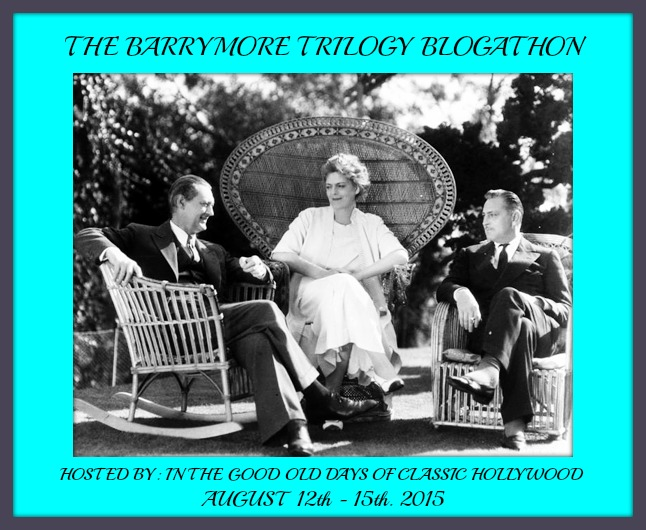 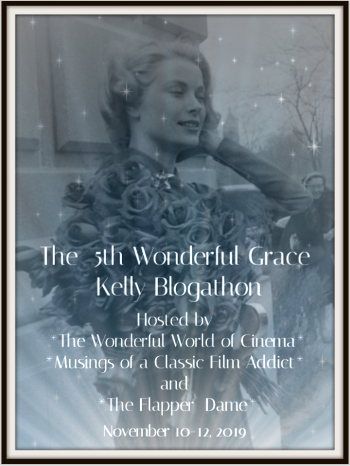