We continue our series chronicling the career of classic Hollywood stars with 4 films. This week our subject is Teresa Wright a genial actress with a high degree of success throughout the 1940s at MGM.

If memory serves, she remains the only performer to have received Oscar nominations for her first three roles. Her later career stalled mostly impart to her willingness to challenge the rigid structures of the studio system.

Without further ado, let’s take a closer look at the often unsung talent of Teresa Wright!

What an auspicious way to begin a film career not only playing opposite Bette Davis but being directed by William Wyler in a spectacular ensemble including Herbert Marshall and Dan Duryea. Wright more than substantiates her reputation as a wholesome ingenue amid an otherwise treacherous menagerie. Mrs. Miniver would do much the same to uphold her image. 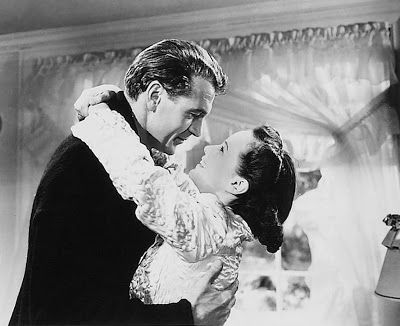 There’s not a better choice to play Eleanor the wife of the Iron Horse, Yankee legend, and ALS casualty Lou Gehrig. The chemistry between Wright and Gary Cooper is genial and playful from the beginning. This is what makes the hardship even more devastating. In her lady years, I heard Wright was quite the avid Yankees fan, and after this film you can see why. 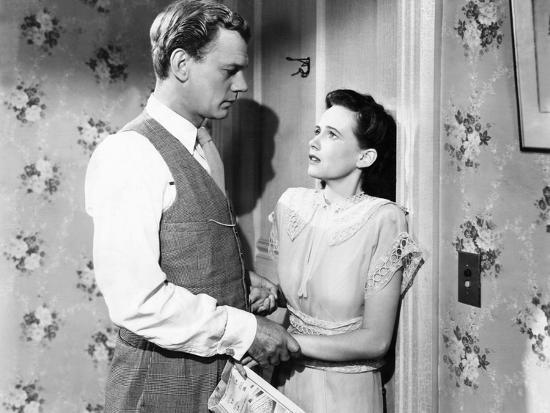 This is arguably the pinnacle of Teresa Wright’s career pairing her with Alfred Hitchcock and giving her top billing across from Joseph Cotten as her treacherous uncle and namesake Charlie. It’s the height of rural noir where the darkness of the outside world seeps into idyllic Santa Rosa as the wanted widow murderer seeks refuge. Her own is quickly thrown into jeopardy when he begins to suspect she knows… 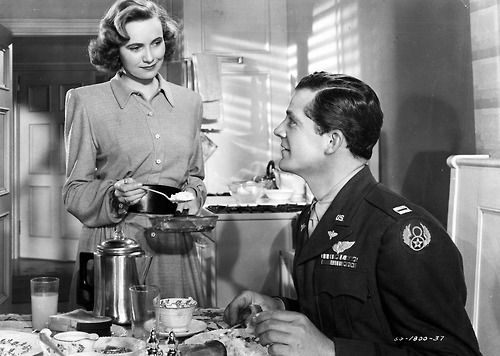 If I’m correct, this is the film that first introduced me to Teresa Wright, and I was immediately smitten with her charms as the grown daughter of Myrna Loy and Frederic March. She finds herself caught up in a romance with a returning G.I. stuck in a loveless marriage (Dana Andrews). What makes it so powerful is the fact this is only one relationship in the patchwork William Wyler creates out of the Boone City community.

There’s not a mean bone in Ronald Colman’s body. He’s the perfect gentleman and Greer Garson is his perfect counterpart. Theirs is the story of Paula Ridgeway and Smithy, or Charles Rainier and Margaret Hanson, or closer yet, both of these stories together. But there’s need for some explanation.

A man (Colman) returned from the great war with no memory to speak of, barely able to talk, and no family to vouch for him. His life is one of isolation in an asylum. Until the day he escapes and happens to run into Paula (Garson), a compassionate stage performer who never lets him alone again. She sees it in his eyes that he’s a good man, and watches over him rather like a guardian angel. His war injuries inhibit his speech, but Paula’s vibrant personality is the best possible therapy he could ever receive. She brings him out of his shell, making him feel like a man again. Marriage comes soon after and they are deliriously happy with a child on the way soon enough.

Then comes the fateful day that “Smithy” visits Liverpool to inquire about a new job. But a street accident leaves him shook up once more, and this time around he has no recollection of his last 3 years of life. Paula is forgotten and all he can recall are the trenches and his old family name, Charles Rainier. His relatives are all in a hubbub upon his arrival with his young step-niece Kitty (Susan Peters) taking an especially great interest in her uncle. He tries his hand in the family business and finds himself very handy at the work while young Kitty continues to correspond with him as she goes through school. She pleads and coaxes him to marry her, and since he is genuinely fond of her, he agrees. It seems like ages since we’ve thought of Paula, but this is the true tipping point of the film.However, at the last minute, Kitty calls off the marriage realizing it was always a dream. It would never work out.

In this stage of his life, Ronald begins to confide in his secretary who is strikingly familiar to the audience. But he has no idea who she might be,  except for Ms. Hanson, a highly competent, very beautiful woman. She doesn’t dare reveal her identity but here lies the portion of the film that tugs at the audience’s heartstrings. Paula or Margaret (whatever you want to call her) is caught in such a delicate and maddening predicament. She wonders if her love even has the capacity for happiness now. There’s little hope of getting out of this cycle, and yet as we would surmise from the very beginning, love wins out.

This film hinges on these faint wisps of memories and near deja vu moments that Rainer encounters. They are what separate him mentally from the love of his life who he isn’t even capable of knowing anymore. Their tragedy is not of their own doing or even due to human depravity. It is fateful circumstances outside of their control that keeps them apart, reminding us that oftentimes the world is unjust for no apparent reason.

Ronald Colman is always a wonderfully restrained actor who nevertheless is a pleasant lead. He’s even more muted here, and it works beautifully in juxtaposition with the vivacious energy of Greer Garson. In her own right, Garson is photographed in such a way that is so pure and unblemished with softened features that captivate the screen with true Hollywood glamour.

You can easily toss around words like sentimentality or schmaltz with a love story like this, but sometimes it’s better to let all the emotions of the film pervade your mind and overwhelm your senses. It’s an easy film to give in to and an easy film to forgive, because it’s main players are generally so likable. If modern actors tried their hand at such a masquerade, more likely than not, we would scoff at their attempt and then throw them out with not so much as a second glance.

But not so with Ronald Colman and Greer Garson. It’s not a waste of time giving them a couple hours because in that time they make us believe in love. True, it is an over-trod cliche, but in a cynical world that edges more and more towards a worldview of self-preservation and pessimism, maybe Random Harvest is what we need. It undoubtedly pumped invigorating life into wartime viewers and if you give it a chance, it can do the same today.

Starring Greer Garson, Walter Pidgeon, Teresa Wright, and directed by William Wyler, this film tells the touching if not sad story of an English family. We follow their life from the happy moments before World War II to the hardships in the midst of it. Through it all Mrs. Miniver is a quietly strong wife and mother who holds her family together. Whether she is waiting in a bomb shelter, capturing a German parachutist, or simply taking care of her family, she exhibits amazing courage and fortitude. She is a testament to those fighting on the home front  Mrs. Miniver is not a part of Dunkirk like her husband. She is not flying like her son but her role is just as important. Even in the closing when tragedy has hit Britain, the country and its Mrs. Minivers stay resilient. First used as a propaganda device in the 1940s this film is till moving today. When you see any of these people rejoice or suffer you too are moved.