Although she probably wouldn’t like it one bit, with the recent passing of Olivia de Havilland, it seems necessary to acknowledge her sister and fellow actress Joan Fontaine.

Their sibling rivalry became the stuff of legend when they were vying for the same Oscars throughout the 1940s. What Fontaine portrayed on camera was this kind of alluring timidity, and her early work with Alfred Hitchcock remains one of the lasting creative partnerships of her career.

Her life off screen is more difficult to reconcile with her image, but regardless, here are  a handful of her films worthy of searching out:

Joan Fontaine was a part of a couple epic ensembles with The Women & Gunga Din, but it was the early American classic from Hitchcock the following year that cemented her stature. Opposite the gail force of Laurence and Olivier and Judith Anderson’s ghostly Mrs. Danvers, she gets positively blown over. But part of the brilliance is how Fontaine plays the breathless young bride so effectively haunted by her husband’s past. 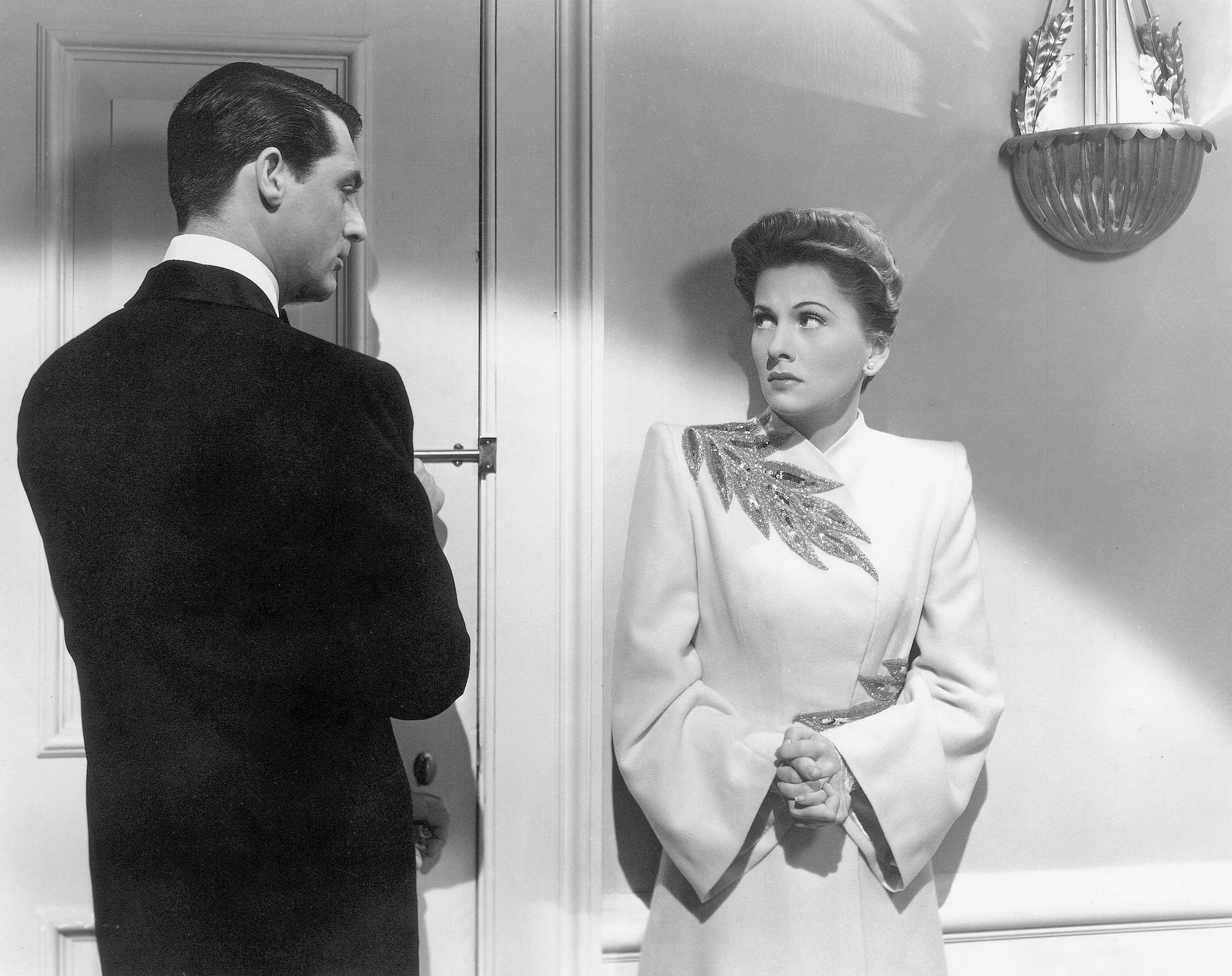 Hitchcock exploits Fontaine’s persona beautifully in this home thriller where her docile wife suspects her dashing husband — played by none other than Cary Grant — is out to murder her! It’s a tense set-up fraught with romance and peril. Both performers carry their assignments with impeccable aplomb although the ending might ruffle some feathers.

Joan Fontaine once again establishes a role pulled out a literary adaptation, and the parallels to Rebecca are quite strong. Orson Welles give the kind of brooding giant performance easily overpowering Fontaine. But it’s in her very reticence onscreen where she attains power and builds a sympathy with her audience, despite all the trials thrust upon her in Charlotte Bronte’s novel — adapted by none other than Aldous Huxley.

Within the spiraling pirouettes of Max Ophuls and the tragic loves story of Stefan Zweig Joan Fontaine and Louis Jourdan take up their posts amicably. Fontaine’s performance runs the gamut of youth to adulthood as she falls in love with a famed pianist from afar and finds herself entwined in one of the most piercing love stories of the era. It’s a heartbreaker.

You Gotta Stay Happy, The Bigamist, Othello, Island in the Sun, Beyond Reasonable Doubt

The place is Austria. The time around 1900. This tearful romance is framed by a lovely plot device in the form of a circular narrative. As the title suggests a woman writes a letter to the man who she has always loved. As she relates their story, he slowly pieces it all together.
Lisa was a shy and timid girl. She becomes acquainted with dashing piano prodigy Stefan Brand (Louis Jourdan) from afar as he has moved in next door to her mother’s home. She is a quiet observer of all he does, sharing in each one of his musical triumphs and seeing his friends (mostly women). Lisa even goes so far as to attend dancing school, so that she might learn good manners to impress him someday. Most of all his playing enchants her each and every evening as she silently listens to his gifted hands.
Thursdays were rug beating day and on one such day, she got her chance. She met Stefan’s kindly mute servant and secretly enters the shrine of her love for one blissful moment. However, things quickly change as Lisa’s widowed mother has a beau who wants them to come and live in Linz. So they move away from the oblivious Brand, but the wistful Lisa takes one last visit to her old home.
Soon she is introduced to the stately Liet. Leopold and as time passes he graciously asks for her hand. Taken aback, Lisa balks and mentions another in Vienna who her parents do not know of (and who does not know her). No one understands the reason why, only she does, and she is not one to tell. Lisa, however, moves forward and begins to model dresses for rich clientele. Finally, as a grown woman she has her first true face-to-face encounter with the man whom she worships.

Thus, begins their enchanted time together. He does not quite understand the gravity of the situation, but she is content in just being with him. That is enough. No explanations need to be made. Their evenings are spent eating lobster, walking through the streets, taking a train ride all over the world, and munching on caramel apples. Top it off with a passionate embrace followed by a kiss and the fairy tale ending seems to be imminent. But as we already suspected, it is not that easy, and a train rapidly takes him out of her life.

As time passes, she has a son who is Stefan’s boy, but she resolves not to tell him and raise him by herself. For a while, it is a struggle, but she gets remarried and she seems happy enough with a comfortable lifestyle, a gentlemanly husband, and a cute son. Stefan Brand is now a washed up has-been who used to have a wealth of talent 10 years ago. At the opera, he happens to cross paths with Lisa, a strangely familiar figure, and she realizes that she must go to him. She is absolutely ecstatic to be reunited with her first love, but all too soon it becomes evident he cannot remember her. He is fascinated by her the same way he was 10 years ago, but he has forgotten. Unrequited love hurts too much and a broken marriage is already upon her. As her son before her, Lisa’s life is taken by Typhus and all that is left of her is this letter for Stefan.

All that’s left for him to do is hit his head in despair. He let her slip through his fingers, if only he had known. If only his servant had not been mute, because he knew who the girl was. Brand has new resolve, however, and instead of running away he faces an unpleasant fate with honor.
Joan Fontaine is as sweetly demure as ever, and she fits this role so beautifully with her narration being a wonderful guiding hand to the film’s story. Her character slowly grows and matures in front of us, and yet one thing remains unchanged, her love of Stefan Brand. In some ways, the label of a “woman’s picture” has a negative connotation, but really all it refers to is a film that takes the point of view of a woman, or it focuses specifically on women. These stories crafted by men during the 40s and 50s were meant to be weepy tales for women audiences. Looking back now, however, they can resonant with all audiences and in this case some of that is due to the direction of Max Ophuls.
Ophuls camera is hardly ever stagnant, following Joan Fontaine as she moves, with gracefully smooth sweeps and tracking shots. Give him a staircase and it becomes almost a playground for him to move about as he sees fit. What we are left with is an elegant look, because the movement does not take away from the elegance but actually accentuates it. No one could accuse the camera of being hurky-jerky, and it makes the impact of the stationary camera that more potent.
At an approximately 86 minute running time, A Letter from an Unknown Woman is a marvel because it is laced with character development, romance, and drama that builds steadily and reaches a teary crescendo.
4.5/5 Stars